Every Kid Should Play Box Lacrosse

If I had my choice, I would have every player under the age of 12 play box lacrosse exclusively or at least a majority of the time .

Box lacrosse is played in a hockey rink, 5v5 with goalies wearing huge pads and no defensive long sticks.

In such a tight space, players MUST learn to have great stick skills and be able to pick the spots they shoot at! If you watch the Canadians and natives play outdoors (e.g Thompson Brothers, Mark Matthews, John Grant Jr.), their stick skills are second to none and they score goals in bunches. That's because they honed their skills playing box on 4’x4′ nets. (Outdoor nets are 6' x 6') Being accurate with your stick is a must in Box lacrosse - you cannot just blow a shot by the goalie, you must be able to hit what you aim for! This is excellent not just for offense but for defensive players who must use short sticks and hone their stick skills! Defensemen don't spend as much time working on their stick as offensive players but in box lacrosse they quickly find out that their stick skills need a lot of improving!

Lacrosse IQ – Box lacrosse has a 30 second shot clock from any change of possession which means the game is very fast. Players must constantly be aware of the time, score and shotclock. This forces them to take all of those factors and make split-second decisions every time they get the ball. And since the game is so back and forth – players get many more reps on both offense and defense. The feedback is instantaneous- whereas in the field game it might be a few minutes before you get off to the sideline to hear your coach explain things to you. Box shifts are fast and short which allows you to talk to your coaches and teammates a lot more than you would otherwise. If you make a bad pass or bad play, you don't have to spend time thinking about it while the ball is on the other side of the field because it's staying in play and you are getting another chance right away! 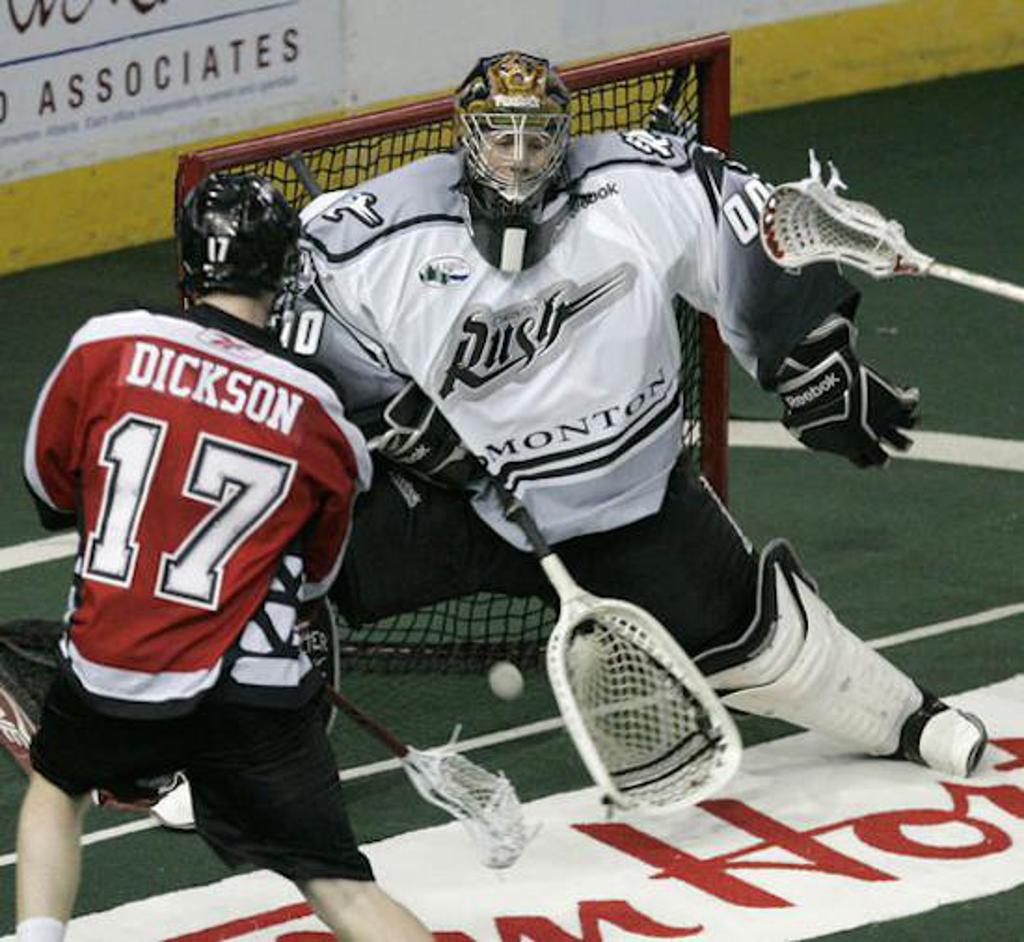 Which is Harder to Score on?

Scoring in Box is Much Much Harder! 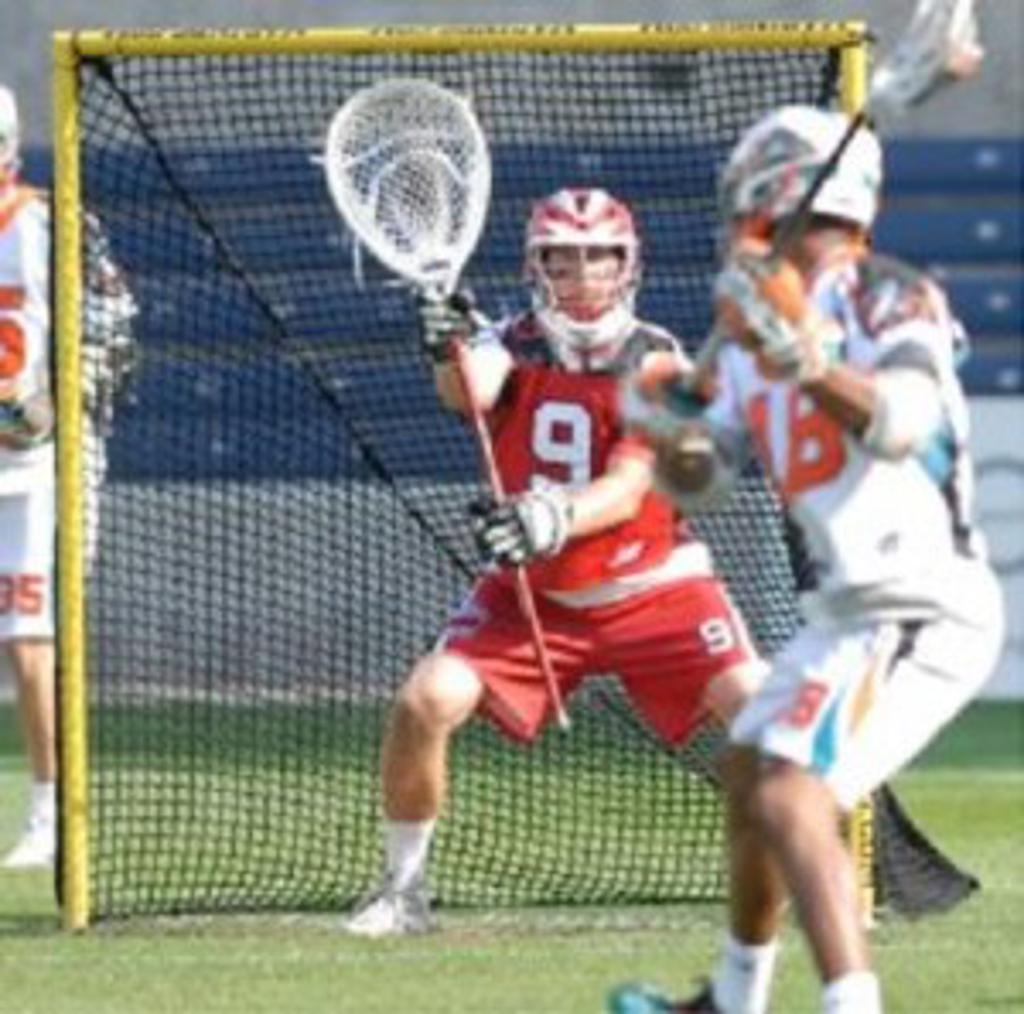 Box lacrosse is played in an hockey rink where the ball hardly goes out of bounds and games are 5 v 5 which makes the game extremely fast paced! Many pro box teams will have upwards of 100 shots on goal each game! Compare that  to the 40 or so a team gets playing field lacrosse!

Players get a lot of playing time - in fact many players will say it's more exhausting than outdoors! There is no standing around!

Box lacrosse also has a 30 second shot clock, so the amount of shots per game is much higher than that of outdoor lacrosse. The game is back and forth which gives players many more chances and touches than they would have otherwise. Many high level box teams can get upwards of 100 shots on goal per game.  Compare that to just the 40-60 shots on goal per game field teams get and you can see why box players are such effective shooters.

Additionally, a penalty in box lacrosse is 2 minutes long compared to 30 seconds for outdoor! That means you are guaranteed 4 possessions on man up (30 second shot clock).

Unlike field, where a player has much more space to attack/defend. Box lacrosse is all close - quarters. For offensive players they learn how to handle to ball much better with a defenseman draped all over their hands and must learn how to use their body to shield their stick from being checked! They must also learn how to shoot around their defender. For a defenseman, there is no better way to practice your defense then to use a short stick because you can't rely on a 6 foot pole!!! You must play proper position defense! In box lacrosse, the 2 man pick game is an essential aspect and defending 10-15 picks a game with a short stick will only help your outdoor game!

What most people don't realize is that the movement off-ball in box lacrosse is just as important as on-ball movement. Becuase the game is so fast paced and in such a tight space, offense doesn't have time to just sit back and set up a big play - there is constant movement all the time on offense! Off-ball players must set picks, roll off picks, have their hands free, all while having defenseman on their hands!! Defensively, communicating  through the 2 man game is VITAL. Additionally, defensive players  must communicate as a whole in order to be succesful with the speed of this game!!

In 2006, Team Canada beat Team USA in the field World Championships. In 2010, USA beat Canada by 2. In 2014, Canada beat USA again 8-5. This USA team included the likes of Paul Rabil and Rob Pannel to name just a few. The best field players in the world. Yet USA still lost to Canada (who had some of their own superstars albeit) and those in the lacrosse world began to wonder how this could be happening. The answer they found was that the box lacrosse foundation of the Canadians was still superior to the athleticism of Team USA. While Team USA may have been better athletes, they were not better lacrosse players. Add to this, the 24-0 record that Team Canada has against all other countries at the indoor lacrosse championships and it doesn’t compare.

Secondly, take a look at the scoring prowess of Canadians in the college game. They are everywhere! For example Denver’s championship team this past year – their captain Wes Berg is Canadian, and the rest of their roster was stacked with players who grew up playing indoors. It is no wonder that college coaches are looking north more and more to find players who can put the ball in the back of the net! The Thompson brothers played box growing up their whole life!

BOTTOM LINE: BOX LACROSSE IS THE SINGLE BEST WAY TO DEVELOP YOUR GAME IN THE OFFSEASON.

More Articles on Why Playing Box Lacrosse is Extremely Helpful!

Inside Lacrosse: Skills of Box Lacrosse Emerging as Vital for Success

Lax All-Stars: Box Lacrosse Booming in the US Whether You Like it or Not

The hottest sport in North America is lacrosse and there is no better way to learn the sport than by using Sport Resource Group’s ProWall Rink System to bring a Box Lacrosse system to your league or community. With the versatility of the portable ProWall System, you can set up and disassemble a box lacrosse system in less than an hour. With the durability offered by ProWall, you can also put it up and leave it up in the sun or ice cold temperatures year-round.

Interested in Purchasing a set of boards? Email bryanhopper@bluestarlacrosse.com 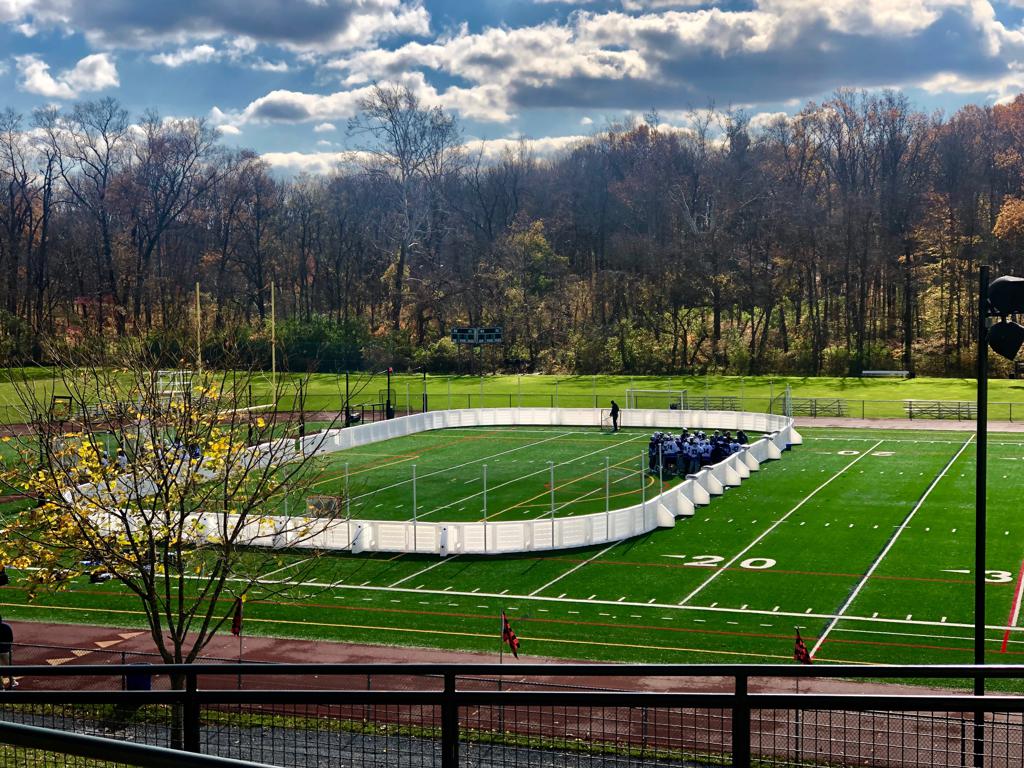 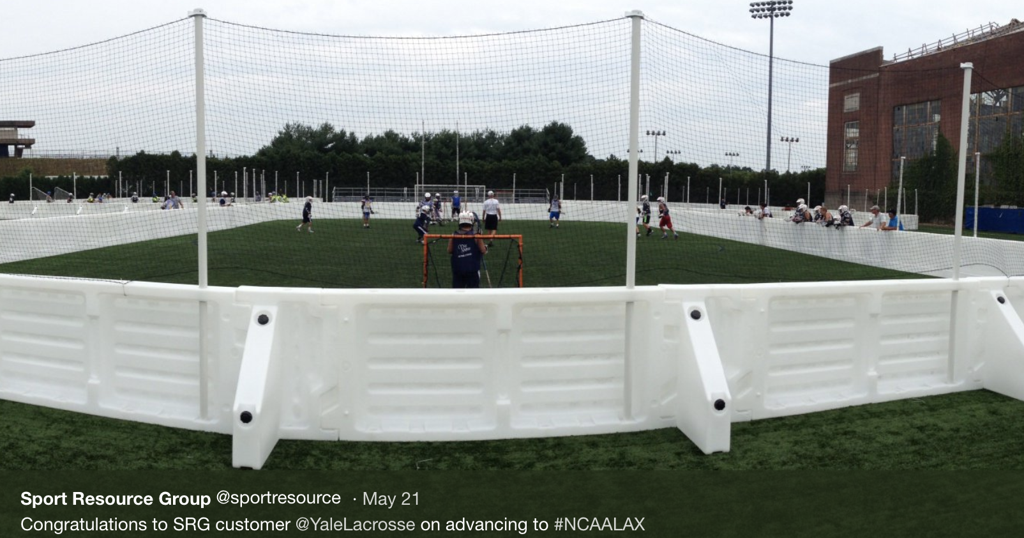