If there is one former Blue Star Lacrosse player in particular that embodies the mantra of being humble and hungry, it’s Yale University sophomore Chris Fake. Ever since he was taken under the wing of Hun Head Coach and Blue Star Director M.V. Whitlow, Fake has continued on the path of living out the humble and hungry mindset.

Fake, a three-time high school All-American, is coming off one of the most sensational freshman seasons a college freshman could ever have. The Allentown (NJ) product earned a starting spot on the Bulldogs team as a defender, and together with his teammates went out and earned Yale its first ever D-1 National Lacrosse Championship last spring. And, for his hard work and dedication all season long, Fake earned Second Team All American honors.

Still, as when he played at Hun and with Blue Star Lacrosse, Fake continues to deflect on his success and would rather credit others for his lacrosse success and accolades.

Chris finished his illustrious career at Hun and with Blue Star Lacrosse being named to the Under Armour All-American team, was named to USA Today All-American team, was a first team All-League, first-team All-State, and team MVP in 2017. He captained Hun’s 2016 and 2017 teams and besides being a three-time All-American at Hun, his teams won league titles in 2015 and 2016 and won a Prep State Championship in ’15, and was named to the All-Inter AC tournament team in 2015. 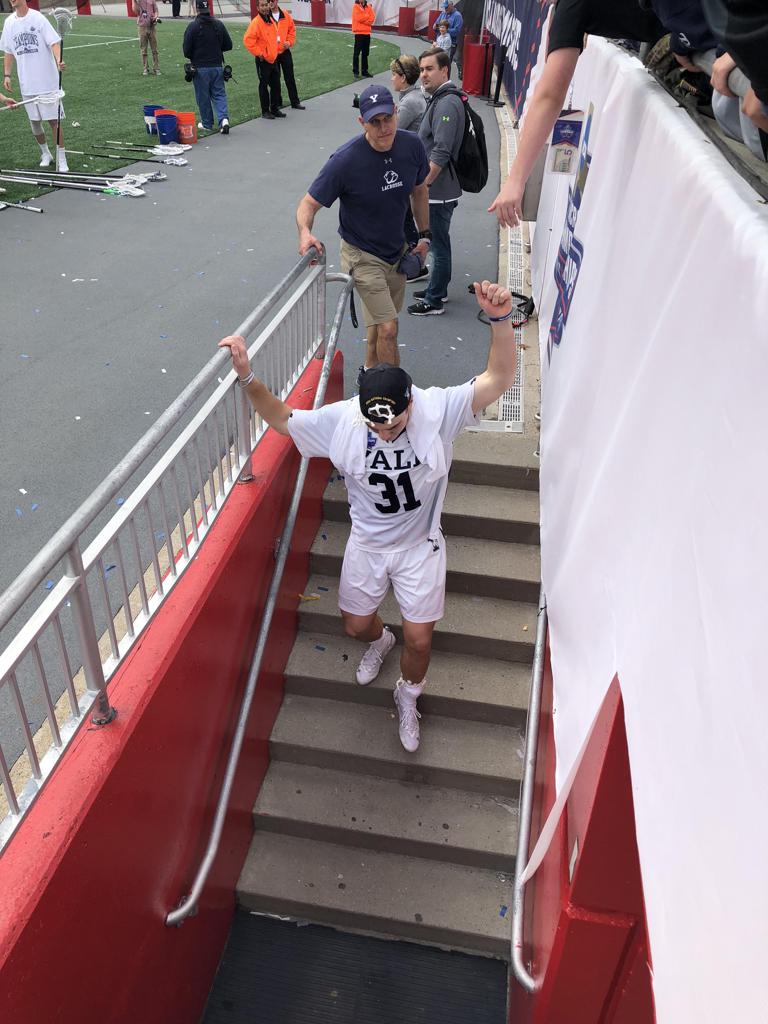 And last year all the 6-1, 205 pound standout did at Yale was defend some of the toughest offensive threats on every opposing team helping the Bulldogs to the National Title. Fake’s team downed offensive powerhouse Albany 20-11 in the semifinals and then held off Duke 13-11 in the NCAA Finals, played at Gillette Stadium in Foxborough, Massachusetts.

With all of that success, Fake is still as down to earth as always and credits an awful lot of his journey to his training with Coach M.V. Whitlow and Blue Star.

“Blue Star and Coach Whitlow taught me the most valuable thing I think any program can teach their kids and that’s attitude and most importantly, to be humble and hungry,” said Fake who is preparing for his Yale opener Feb. 16th against Villanova. “Also to never be satisfied with where you are, but at the same time to never let any success influence who you are and just stay humble through any conditions.”

“This is something Coach Whitlow and the rest of the Blue Star staff stressed more than anything and it is reciprocated infinitely at the Division 1 level, especially after winning a National Championship. Our coaching staff could not stress more the idea of being humble and hungry, and that’s something I’m so glad I took away from Blue Star and something Coach Whitlow ingrained in me since the first time he started coaching me.” 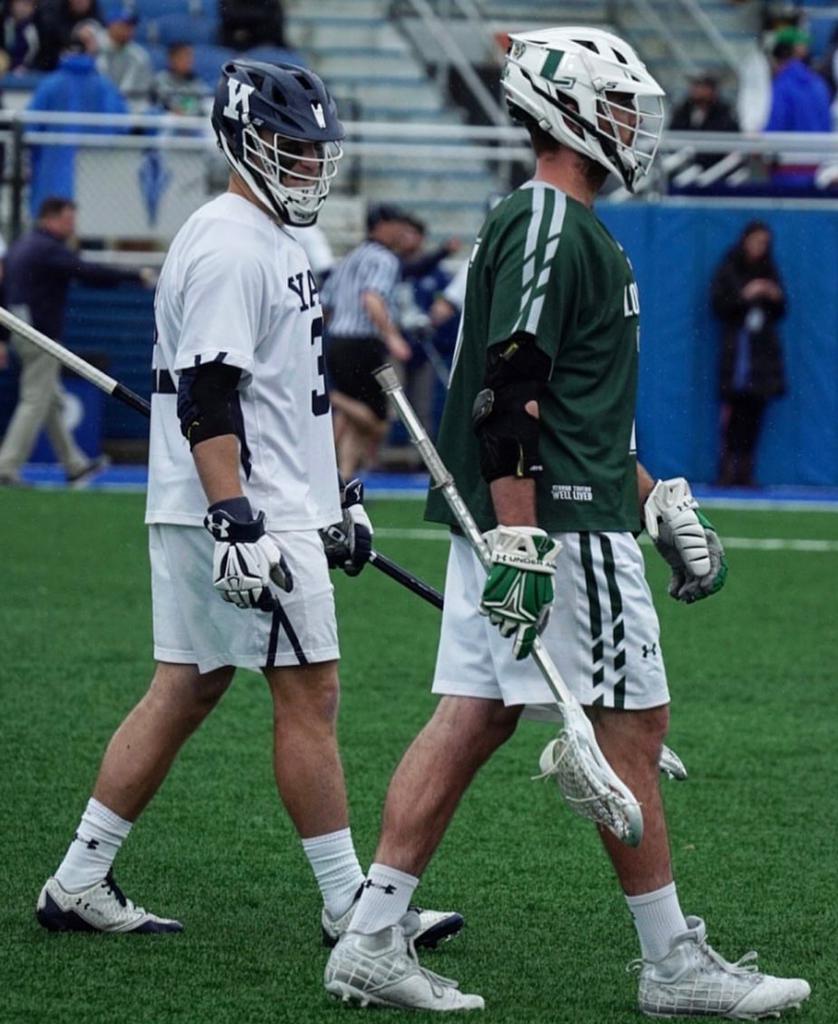 Fake Drew the #1 Attackman Last Year at Yale, squaring off against players like Loyola's Pat Spencer 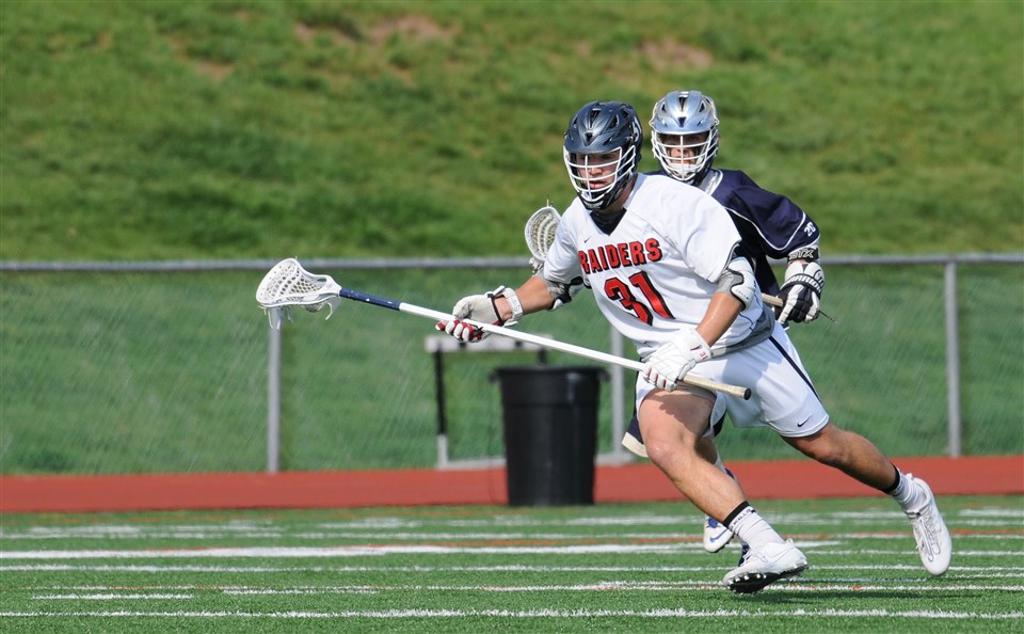 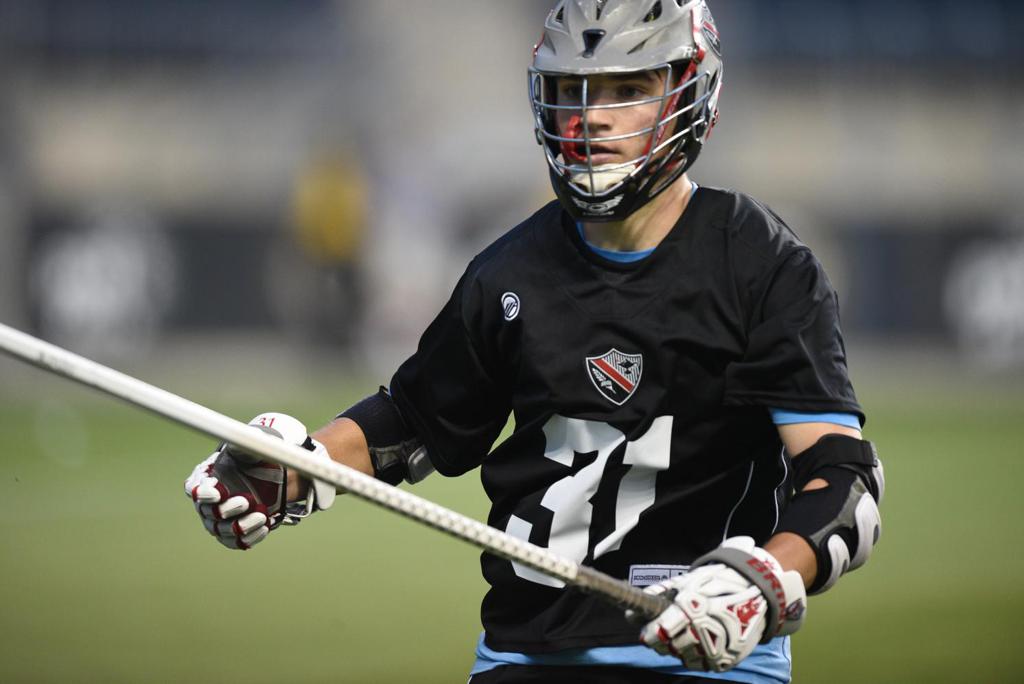 Fake’s experience with Blue Star was obviously a very positive one for him and for the Blue Star Lacrosse program. “Besides learning the humble and hungry attitude, I think some of the most important aspects of Blue Star were the quality of the guys I got to play with,” added Fake. “I got to play with some of the best guys I’ve ever played with in my Blue Star years, and they are all still close friends today."

“Also, the talent I got to play against was unmatched, getting to play some of the best attackmen I’ve ever played against in my years at Blue Star."

"Importantly, the quality of the Blue Star coaches were another huge aspect of my Blue Star years. I had the privilege of being coached by Coach Whitlow in high school, too, and that experience with being coached by him in Blue Star shaped my character as a lacrosse player in a way I’m so grateful for.”

Besides winning a National Title with Yale (17-3, 7-0 in the Ivy League), Fake continued to rake in individual awards a season ago. As a freshman, he was a unanimous First-Team All-Ivy League selection, First Team NEILA All-New England Team, Ivy League Rookie of the Year, First Team IL All-American, Second Team USILA All-America, ALL-ECAC Second Team and was named to the NCAA Championship Weekend All-Tournament Team.

When asked if Blue Star has helped him while playing at the college level, Fake didn’t hesitate to continue his praise of the organization.

“Last year in the playoffs, I really thought back to my time at Blue Star,” said Fake. “Again, my Blue Star days trained my humility, which went a long way for not only myself but the whole Yale lacrosse team in the latter part of the season.”

Chris is one of the top cover defenseman for Yale coach Andy Shay, and in addition of looking back at the joy of winning a national title, he also likes to hearken back to his days at Hun and especially at Blue Star.

“I have so many memories playing with the guys on my 2017 team,” added the All-American. “Playing Blue Star for the last couple years of our high school lacrosse careers with Blue Star, that was such a special experience because of how close we became as a team and all of the memories we had together.

“The Box Lacrosse tournaments and game beating Team 91 were some of my favorite memories, as well as just getting to play with the amazing guys and athletes for the summers with Blue Star.”

Already listed as a pre-season All-American, Fake and his Yale teammates open the season as Inside Lacrosse’s No. 1 team in the nation.

Fake doesn’t credit everything to Blue Star, he also credits his mom (Kim) and dad (Jim) for a lot of his success. “My mom and dad, I think they’ve had a really special impact on me throughout my development as a kid and a lacrosse player,” said Chris. “The one thing that I’m most thankful for with them is that while they have always supported me unconditionally through anything, they have never put any pressure on me."

“I know some parents like to make their kids train for the season and even get upset with their kids for poor performances. But the amount of support I got from my parents with the absence of pressure allowed my motivation to become intrinsic while being able to learn from mistakes and not be too hard on myself when I (inevitably) make them.”

After his season with Yale, Fake still plans on finding time in the summer to do some work with Blue Star. It’s a place that seems to have a special place in his life. 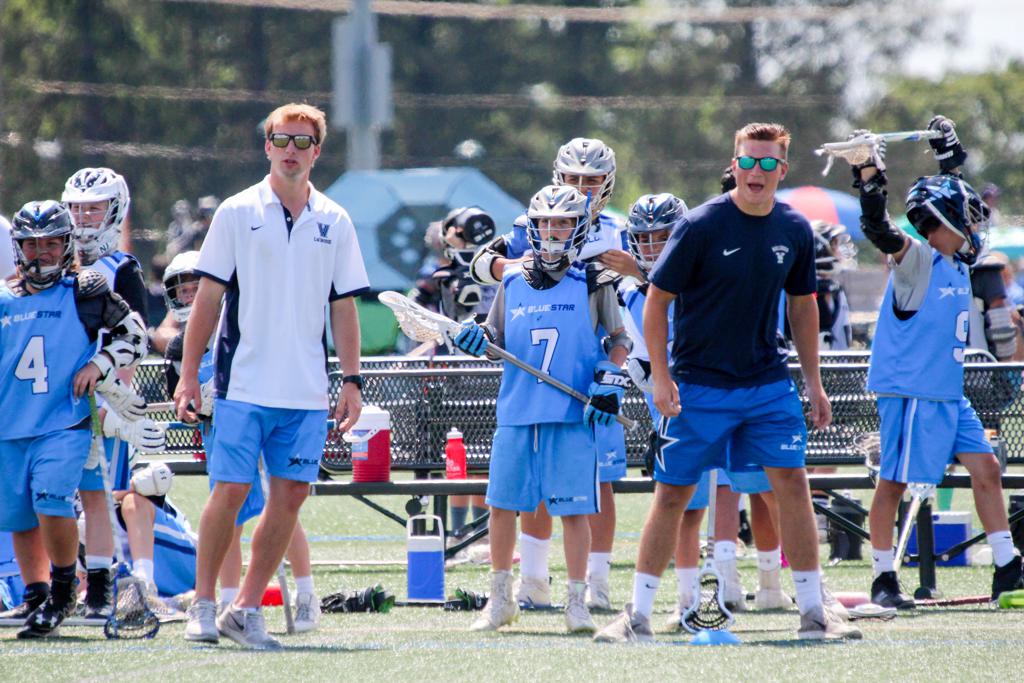 READ: Swipe to read the feature article on Blue Star Alum and Coach Chris Fake on Inside Lacrosse that came out after his impressive performance this weekend against Albany. In his freshman year, Chris is the top cover guy for the Nation’s #1 team. Chris’ work ethic is second to none, getting to practice early and staying afterwards to go 1 on 1 with the nation’s best attackman. It’s simple, the best players are the ones putting in the extra work before and after practice and homing their craft with every opportunity. Chris works his tail off, period. To all our blue star players - what are you doing to make yourself better? Are you putting in the extra work to be great? GET OUT THERE AND DO IT. @realchrisfake @yalelacrosse @insidelacrosse @hunlacrosse #rollblue #yalelacrosse #bluestarlacrosse