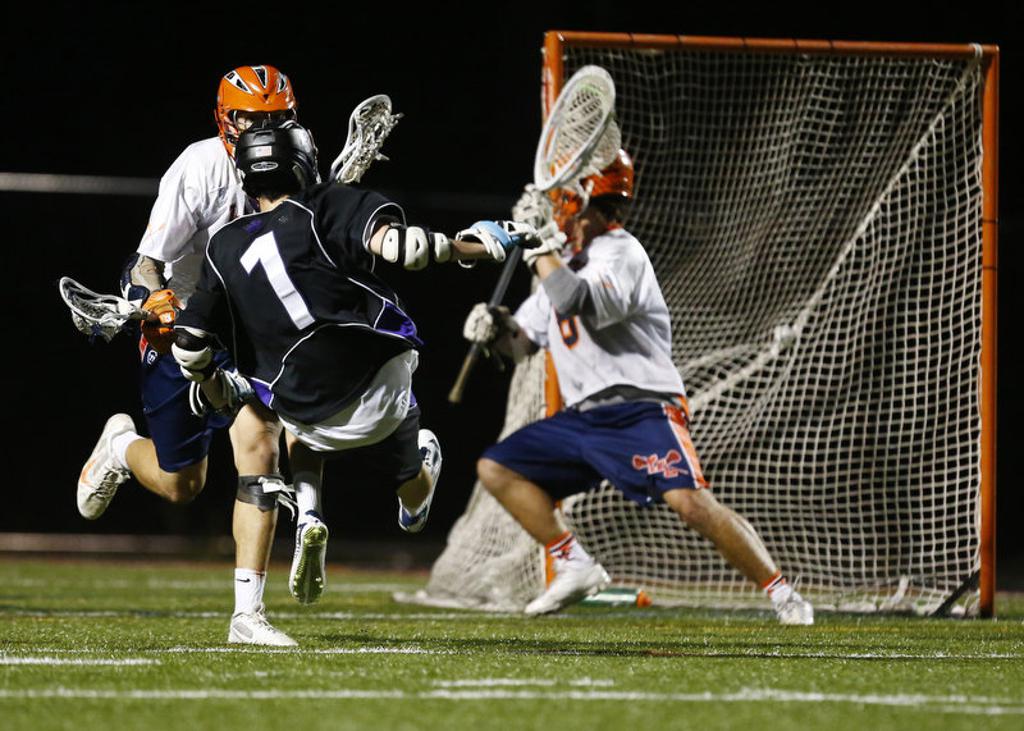 In case you missed it, last year Rumson Fair Haven beat Mountain Lakes in the NJ Group 1 lacrosse state championships. It was the schools first time beating mountain lakes, and also the first time it had ever won the state championship for lacrosse. One of the stars of that Rumson Fair Haven offense was Blue Star player and Fairfield commit, Charlie Curran. With 17 seconds left in the game he buried the game-tying goal and then in overtime he scored the game-winning goal. It was a proud moment for RFH and Charlie, but also for the entire Curran family who has been a staple of the Rumson Fairhaven lacrosse program for over a decade now.  His brother and two sisters play lacrosse, and so did his father. As a matter of fact, Charlie has six cousins who play college lacrosse, three that play college baseball and two that play college basketball. For Charlie Curran, lacrosse runs in the family!

When did you start playing lacrosse?
In the second grade I started playing for the local youth program here in Fairhaven.

Did you play any other sports growing up?
I played football, basketball and a little baseball growing up. I stopped playing football in 8th grade and baseball before then. I still play basketball for RFH high school as a point guard/shooting guard.

Were you born and raised in Fairhaven?
Yep. I actually live in the same house my mom grew up in too.

All of your siblings play lacrosse – how did that happen?
My older brother Jack is my biggest role model. He plays at Villanova and he got me into it, but it was my father who was the first in the family. He played at West Point for a year and then at Amherst for three years. He also played football there. My older sister Bridget plays at UNC and my younger sister Gillian is going through the recruiting process now.

Would you say that your brother was a big motivator for you?
Absolutely. I always wanted to be better than my older brother and he set the bar high. He was the one who got me going with training and putting in the extra work outside of practice and games.

I always wanted to be better than my older brother and he set the bar high.

How often do you get to see your siblings play?
As a family, we like to go to as many games as possible. Villanova is close so we are able to see a lot of Jack’s games and we make it to a few of Bridget’s games every year, especially when UNC plays up here. When I am home it's nice to go toss the ball  in the yard with my brother.

We all know that the key to a great young athlete is the mom who drives them everywhere. Having four lacrosse players she must be driving everywhere!
Our mom deserves a medal for having to go through the process four different times. She will also not be shy to tell you she is the reason for our athleticism. We can’t thank her enough for her support.

Our mom deserves a medal for having to go through the process four different times. She will also not be shy to tell you she is the reason for our athleticism. We can’t thank her enough for her support.

When did you start getting serious about lacrosse?
I would say at the end of 7th grade was when I started doing more. In seventh grade I was invited to go down to North Carolina with a few other players from New Jersey and play in an all-star tournament.

How do you train outside of lacrosse?
In 7th grade I got involved with a weight program at a local gym and that helped me to build muscle and start learning how to lift weights.

What core values do your parents harp on that you try to embody?
Manners. I always use please and thank you as much as I can. When I meet a new person I give them a handshake and introduce myself. When someone has me to their house I always thank them at the end for having me. It try to mind my manners as much as possible.

I always use please and thank you as much as I can. When I meet a new person I give them a handshake and introduce myself.

I bet your older brother was pumped for you!
Yes. He was at the game and was really proud of what the team had accomplished. He graduated from RFH in 2012 and was proud to see where the program had gone since then.

What made you choose Blue Star?
It was Coach Whitlow and Coach Green. I love playing for both of them and they have helped make me into the player I am today. Also, my older brother Jack played for them when he was in high school also.

Toughest player you’ve gone against in practice?
JT Jennings, he was a big senior defenseman when I was a freshman. He now plays at Siena, his brother in my grade also gives me a lot of trouble.

Players you look up to? Mikey Powell (love watching his highlights), Jordan Wolf from Duke, My older Brother Jack

Best Coaching Advice You Ever Got? You only have the ball for 2% of the time you are on the field so be an active off-ball player.

You only have the ball for 2% of the time you are on the field so be an active off-ball player.

From Coach Green:
Charlie is a great example of a player who never “chased” the recruiting process. As a freshman he was a bit under sized and didn’t get much attention from college coaches because he hadn’t developed yet. He stuck with improving himself and becoming a better lacrosse player through hard work and training. His sophomore fall he came back and played lights-out for us. He is a great example of somebody who developed a little late of the current recruiting process but worked hard to improve himself.

In talking with Charlie, it became very apparent that his family was a big contributor to his lacrosse career. From his older brother Jack and  older sister Bridget, to his younger sister Gillian, they push each other to be the best players they can be and support each other unconditionally. At Blue Star we like to emphasize the importance of our player’s families and welcome them to the Blue Star community. We are honored to have Charlie and his family as part of Team Blue Star.

We would also be remiss if we didn’t give belated congratulations to the RFH 2015 varsity lacrosse team for winning the state championships as well! 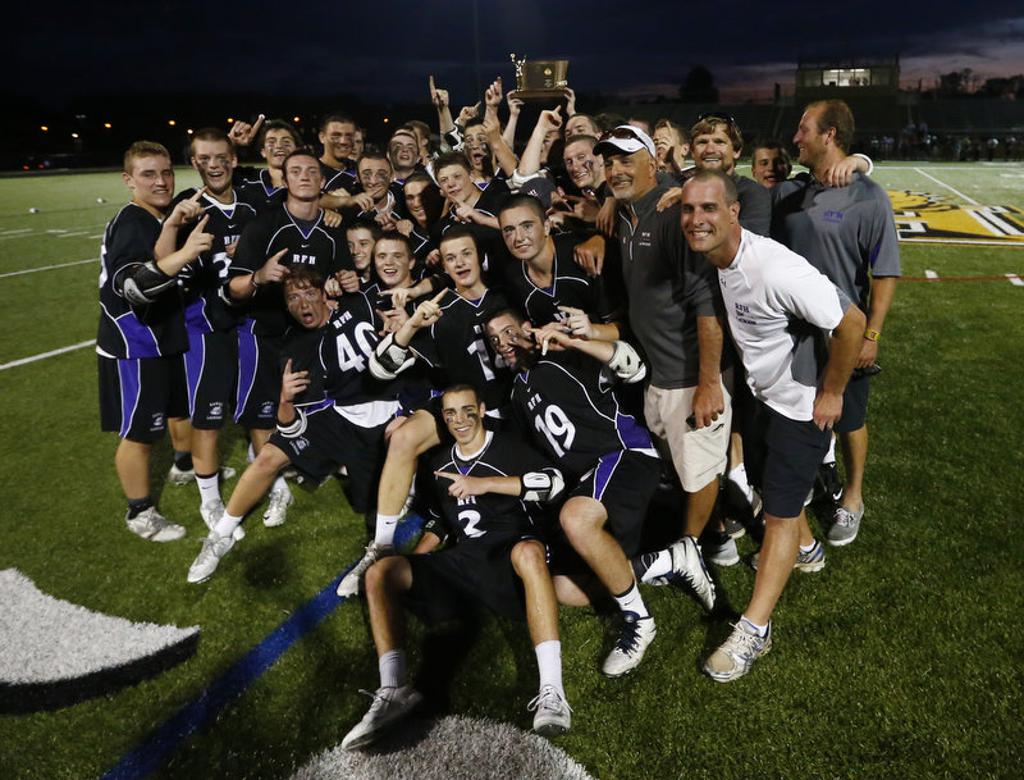 Congratulation to RFH on being the 2015 NJ Group 1 State Champions!