To play one's sport at the professional level is a dream come true. To play on the same professional team with your brother is a special experience on a whole different level.

For Chris Aslanian Jr. and his younger brother Pat, from Westfield, NJ,  playing in the MLL for the Denver Outlaws is an experience that both acknowledge is extremely special. 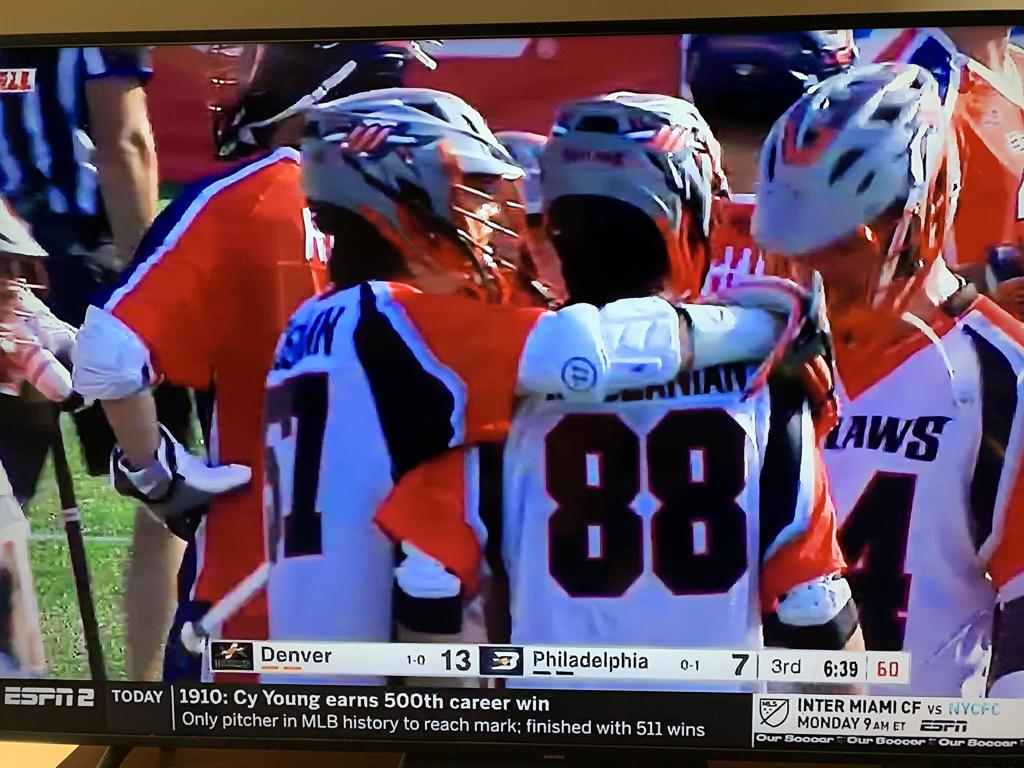 Both are Blue Star Lacrosse Coaches, and both brothers and their younger brother Griffin played for Coach Whitlow and Coach Green.

Chris Jr. played for Coach Whitlow at The Hun School of Princeton on the 2015 team that was ranked #2 in the Country, and went on to be a 2 time Captain at Hobart College for Coach Greg Raymond.

"I can't remember a time I wasn't proud of Chris" says Hobart Head Coach Greg Raymond, "He's the true underdog with the most humble, but gigantic chip on his shoulder. Chris knows exactly who he is today and who he wants to be tomorrow. Never over emotional, but driven as hard as any athlete I've been around."

Pat was a standout midfielder at Georgetown University for Coach Kevin Warne, and then went to Notre Dame's Mendoza Business School to play his extra year of eligibility for Coaches Corrigan, Wojcik and Wellner.

"I remember clearly when both Pat and Chris were in their developing years, what they looked like as 9th graders, and it is a long way from the 6'3 professional athletes they are now. Chris couldn't hold a jersey on his shoulders so he had to tie it in a knot to keep it from falling down" said Coach MV Whitlow, "Their success doesn't come as a surprise, but their character is inspiring.  They embody humility and integrity in everything they do. Let's just say that knowing them as well as I do, seeing them on the field together, fills my heart with pure joy, bigtime. They are victory creators, doesn't matter the scenario. Pat and Chris will find a way to victory, do it with class and humility, and make everyone around them better."

Now both brothers are an integral part of the Denver Outlaws of Major League Lacrosse for Coach Tony Seaman. The Outlaws were in the Championship game in 2019, coming up just short of the trophy in a hotly contested Championship game. This year The Outlaws are one of the favorites to compete for the MLL Championship in Annapolis, MD in Navy Marine Corps Memorial Stadium over the next two weeks in a shortened COVID summer format.  Their games can be seen on the ESPN  network and ESPN plus.

Scroll Down for the Interview

Keep your head on a swivel when you're playing the Outlaws ☠️☠️☠️ pic.twitter.com/VeA3fdmhvo

Interview with Chris and Pat

What does it mean to you guys to be playing your sport professionally with each other on the same team?

It’s a dream come true to be playing at this level on the same team and be able to compete for a championship. We grew up playing together on the same team through our youth and in high school. After playing on different teams in college it is great to be back on the same team. Our journey has come full circle and to be playing at the professional level together for a first class organization is a blessing. We used to attend mll games at navy as kids looking up to different professional players and to be here now is surreal.

What’s it like in Annapolis with all the guys?

It’s an awesome set up and Major League Lacrosse has done a great job accommodating all of us. It almost feels like going to a summer tournament when you were a kid. We’re all in the same hotel and hangout when we don’t have games or practices. We’re eating all of our meals together and it’s great to hangout with all the friends I have made on this team and meet new members and rookies. This shortened season has given us an opportunity to get to know one another because we’re all in the same spot. We have such an awesome group of people in our organization and I’m extremely fortunate to be surrounded by great people.

How is MLL different than college?

It’s different because you have to build chemistry and adapt much quicker. In college you have the whole fall to prepare and get to know everyone. Here we only had a few days to prepare and build chemistry. I give all the credit to our front office for bringing in the right people in order to make the process smooth. We have some guys back who have been leaders for this team in the past and new members who have come in and done an awesome job filling in roles. In order to be successful at this level you have to recognize everyone’s strengths quickly and play unselfish. This has always been the identity of the Outlaws and I’m proud to be a part of an organization that operates this way.

What do you feel are the key things you did to get to where you are?

Work ethic, playing the right way, and being a good teammate. We were never the biggest, fastest, or strongest growing up and were very under-recruited.  We always had a passion for playing this game and being a part of a team. The lessons preached by Coach Whitlow and the rest of the staff are the ones that have stuck with us until this day. Something he would always say is “Humble and hungry”. To us, this meant being a guy who is always striving to get better while doing it in a humble manner. It was never about doing it for yourself but doing it for your team. Another phrase we had was “I got your back”. I think this phrase directly translates to being a good teammate and selling out for the guy next to you. Lastly, playing the right way and paying attention to detail is something that has helped us get to this level. Little plays like picking up a tough ground ball, making the extra pass, and faking high then finishing low were always valued over a cool shot or play.

Who would you say were your biggest influences in your life that enabled you to be who you are now on and off the field?

Our Dad and Mom are my biggest influences and without them we wouldn’t be where we are today. They always supported us and drove us all around the country to play the game we love. Secondly, all of the coaches in our life who have had such a big impact on me and taught me how to play the game. Coach Whitlow was instrumental in my development as a high school player.  Coach Raymond at Hobart showed Chris what it took to be a successful student athlete and more importantly how to to be a good person and deal with adversity. Coach Poillon was crucial in Chris’ development as a player and without his guidance and knowledge of the game I wouldn’t be in the position I am today. Lastly, we have to thank the entire outlaws staff of John Cohen, Matt Bocklet, Tony Seaman, John Grant Jr., and Ken Clausen. We are fortunate that they drafted us and brought us into a great organization. We’ve learned so much from all of them and we are very lucky to be a part of this team.

What does the game of lacrosse mean to you personally?

Chris: It means so much to me and has for most of my life. It started off as something I loved to play in my front yard with my family. Whenever I have a stick in my hands I can just have fun and be present in the moment. To look back and see where lacrosse has taken me just reinforces the love I have for the game. The one thing I really cherish is the lifelong relationships formed with teammates and coaches over the years though the game.

Pat: For me personally lacrosse has always been a way for me to challenge myself by setting goals and pushing my mental and physical limits to achieve them. There hasn’t been a thing in my life that has been more integral to my development into the person that I am today and for that reason I will always be grateful for the game of lacrosse.

The Blue Star family and the Westfield community are certainly very proud of Chris and Pat.  We all support them as they represent themselves and all of us as they compete at the highest levels and create victory on and off the field. 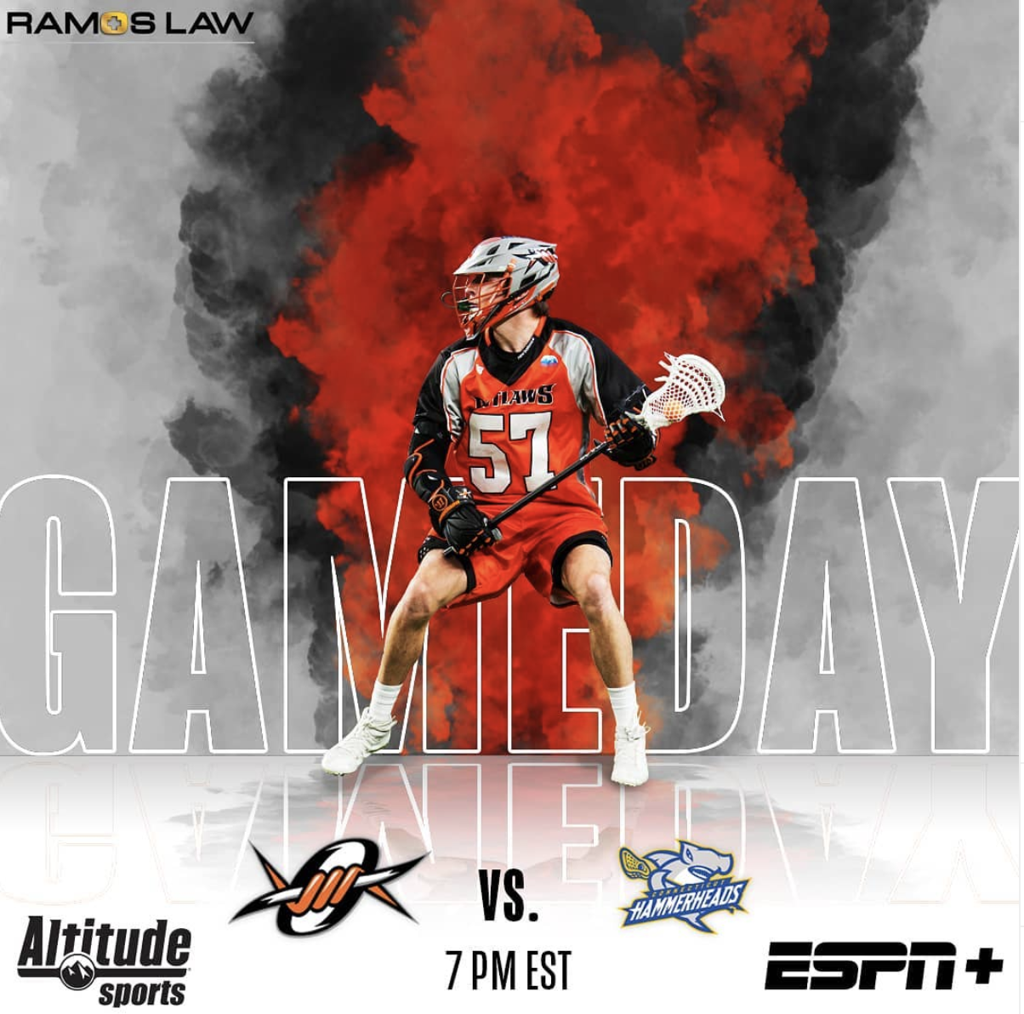 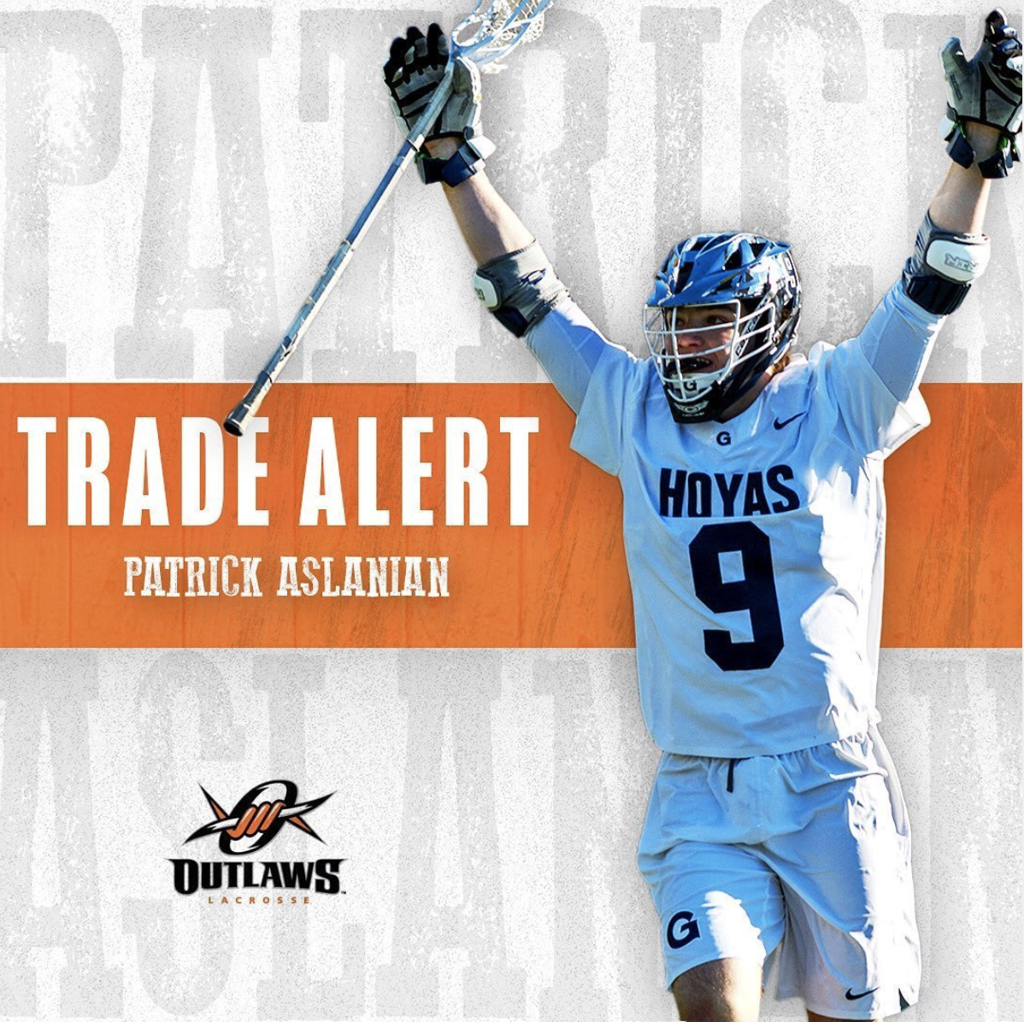 2 Drills to Maximize the Power Behind Each Shot!