Coach Whitlow is a Founder and Director of Blue Star Lacrosse. He oversees all operations and functions at all levels and coaches with the All-Star Program and in the Box Program.

“We have a great team of people. We all love to roll our sleeves up and get out on the field and coach, that’s the most important thing. I’m really proud of the people we have on our team. My job is to make sure we have what we need to be our best for our players and families. Anticipation and navigation guidance is taken seriously. The experience factor comes in to play, with our players and families, triumph and tragedy, and everything in between, that’s important. Growth and Development of student-athletes is pretty fundamental. We all need to do the work and get the reps, but those reps can be of a quality that is unique, rare, and different. We love what we do, we have a passion around it. Humbly, our team is very good and dynamic, our record and history speaks for itself. We’ll stay laser-focused on details, and we will keep innovating.” 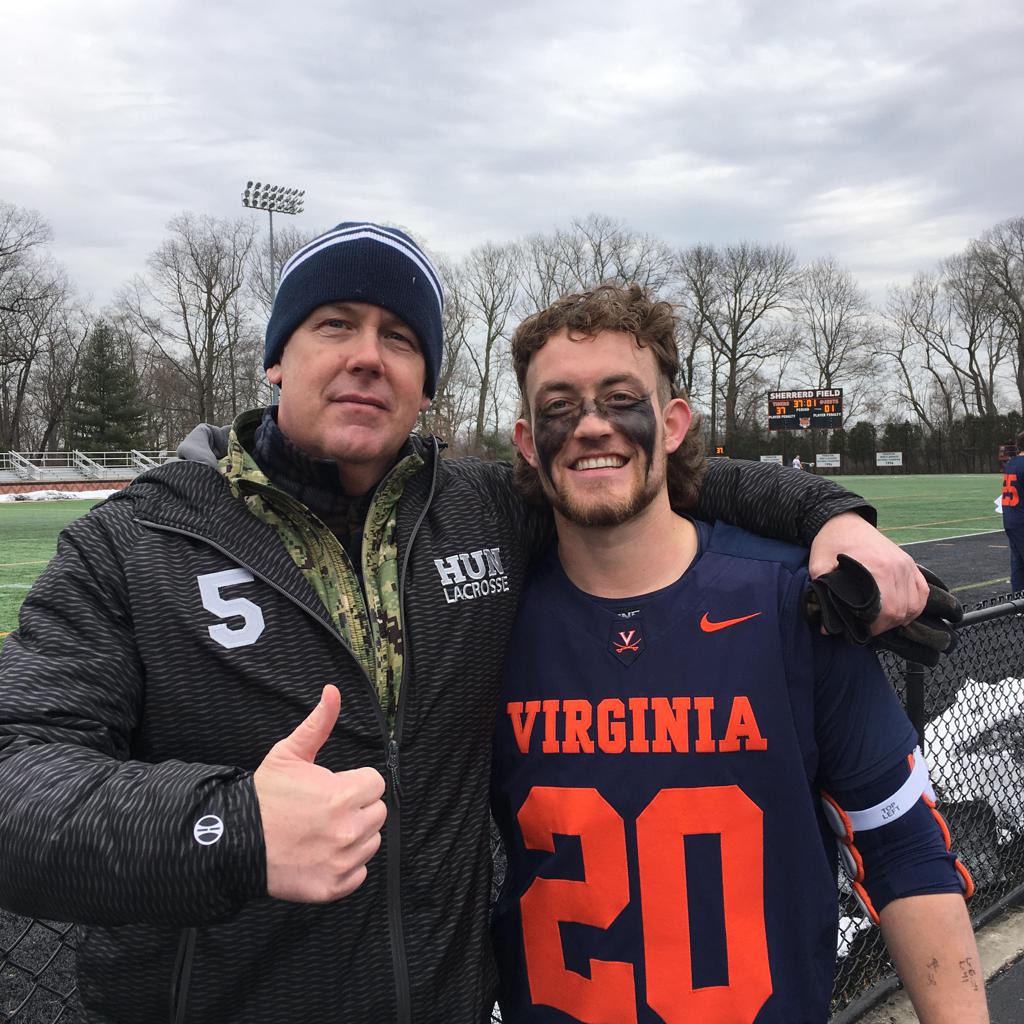 Coach Whitlow coaches in the High School All-Star Program with the Freshmen, Sophomores, and Juniors. He and Coach Green handle most of the college recruiting navigation and advising for players and families. Coaches Whitlow and Green have over 40 years of experience advising and assisting players and families in the college recruiting process and how to navigate maximizing Lacrosse potential at all levels.

“The college recruiting space has evolved for sure. My reputation and Coach Green’s reputation are important for all of our families, present and future. I’m comfortable, honored and humbled with where we are. A lot of that has to do with the hundreds of players we’ve successfully placed over the years, it’s rewarding to see their success.”

Blue Star Lacrosse student-athletes have gone on to have success at all levels of College Lacrosse. Coach Whitlow has helped student-athletes navigate to Ivy League Universities, ACC schools, Big 10 schools, CAA schools, Patriot League schools, and all other Division 1 NCAA institutions, as well as all NCAA Division 3 and 2 schools. 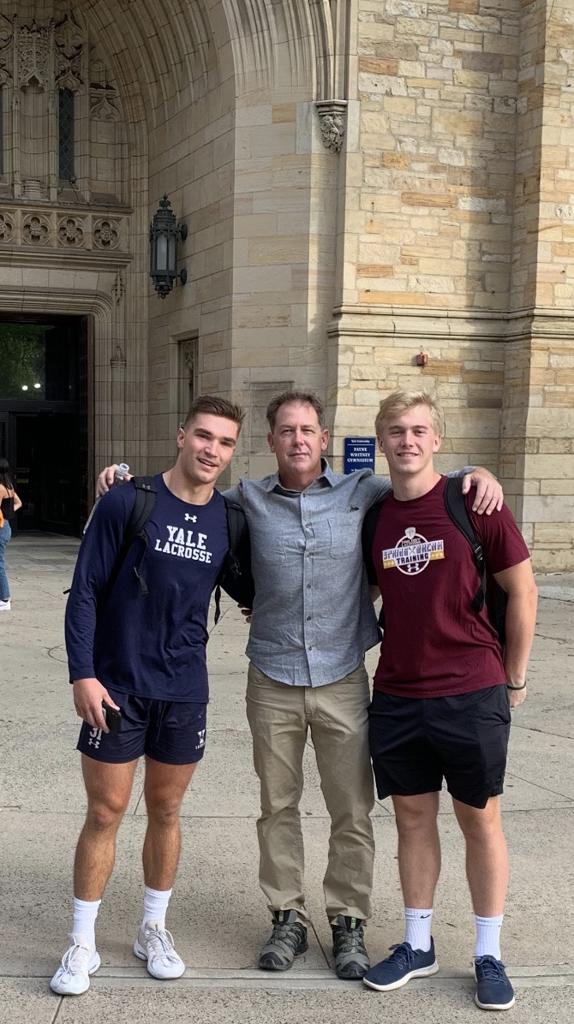 I have known and worked with Coach Whitlow for over 20 years. He is a trusted, veteran resource in the recruiting process for all involved. His honesty is respected as well as his talent for development of athletes in to great lacrosse players. He has a keen eye for talent, and often sees things way out ahead. Character and ethic are always part of his analysis of players, which can never be overlooked when in an extremely competitive environment.

Coach Whitlow has coached many players that have gone on to great success in college and professionally. He has also won many Championships with his High School Teams. He is reserved and humble about his own success as a coach and always deflects to his players and other coaches. He has been a New Jersey Coach of the Year twice. He has won a total of 14 State Championships.

“It’s all about the guys, all those wins. We were very fortunate to have a great, great group of guys, real guys- guys that you want beside you when things get rough and tough. You hope part of that is cultural. Victory is a process, it exists in the smallest of details and behaviors. It’s what you do every day. You’re going to play how you practice. The goal is to overachieve, be humble, be compassionate, outwork everyone, and play harder and smarter than anyone ever thought possible.”

“We all have a passion for Coaching, for creating victory in many forms, it’s just ingrained. Our success at Hun has everything to do with the guys. Coach Hopper and his impact is huge, he’s just a winner through and through. Coach Jeff Snow is integral to everything. He’s an incredible Coach, Educator, Man, and an offensive wizard- just ask the guys. We would have scored more goals if I had let him, he really has a gift, and he is truly loved and respected by all of his players.”

“Coach Na’ati Akuola is the best in the business hands down, the best I’ve ever experienced at maximizing athleticism and performance. His health and wellness focus and injury prevention philosophy should be emulated by everyone. His humility and compassion are inspiring. We are all fortunate to have Coach A in our lives.” 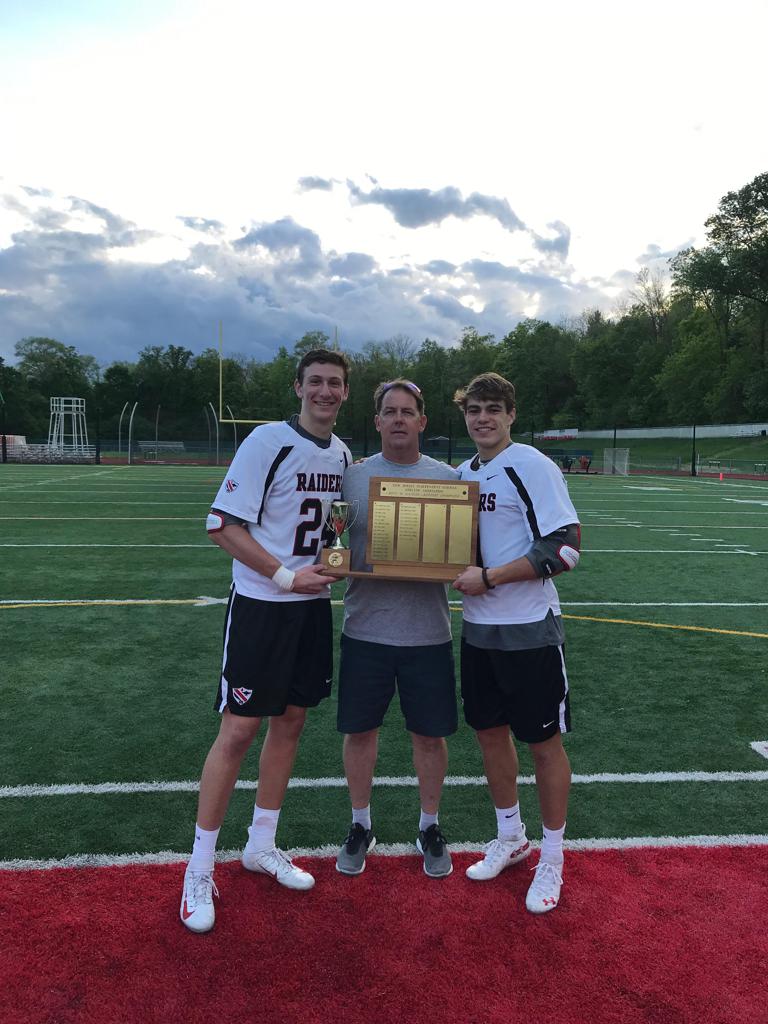 I’ve known Coach Whitlow for over a decade and have recruited several of his players.  In that time, it’s become obvious that he cares deeply about the young men in his program while passionately driving them to become their best.  He consistently provides an honest assessment of his players’ abilities, character, and work ethic and, therefore, I consider him to be a very credible source whose opinion I value greatly.

Coach Whitlow grew up in Portsmouth, Virginia.  He attended Norfolk Academy and then The St. George’s School in Newport, Rhode Island, graduating in 1988.

“I played every sport I could when I was a kid. I was super fortunate to have great parents and grandparents for sure. I played a ton of hoops as a kid, soccer, tennis, baseball, skateboarded, surfed, water skied, snow skied, fished.  We played a lot of pick up football and basketball in my neighborhood growing up, a lot, things got pretty gritty. I was lucky to grow up around some older, tough, really athletic guys that looked after me but also pushed and stretched me. I was definitely going to play in the NFL when I was 10 years old.”

In High School, Coach Whitlow focused on Football, Basketball, and Lacrosse as his main sports. He played Lacrosse, Basketball, and Football for Hall of Fame Player/Coach Tom Duquette at Norfolk Academy, and for legendary and respected Educator and Coach Arch Montgomery at St. George’s.

“I was really fortunate to play for Coach Duke in all 3 sports, I can’t express how much of an impact he had on me and all my buddies. Coach Montgomery means the world to me. He was a huge influence on my life on and off the field.”

Coach Whitlow still stresses and encourages multi-sport participation for all young athletes. He feels it provides advancement in development, awareness, and overall athleticism.

“Playing all 3 sports was great. Football games were probably my favorite, lacrosse practice and games were the most fun, and I just loved playing basketball.”

“We all loved our time playing at UD for Coach Shills, Coach Metzbower, and Coach Marr. Great memories for sure, and life long friendships. The UD alumni are tight, there is a lot of pride there, and the new Coaching Staff with Coach Deluca and Coach Rewkowski and the other Coaches have the program trending in the right direction.  I’m not going to be surprised to see great things from the Hens in the near future.”

“Playing in Philly post-college was really special.  It was great timing because there was an exceptional group of guys in the area at the time.  It was pre-MLL so the Club scene was in its hay day. These guys were awesome, super hardcore athletes and players, and even better people and friends. It was a convergence of truly remarkable people. A lot of the guys went on to be very successful coaches at all levels, and successful professionals, so it’s always rewarding to run into all those great dudes.”

Whitlow is someone I completely trust, and his opinion on whether or not one of his players is a “fit” for my school and lacrosse program is always spot on.  His experience and knowledge along with his reputation of being a straight-shooter make him very easy to work with in the recruiting process.  He demonstrates that he cares for the players and families in his program by doing his homework, and helping the players find the right school and lacrosse program that fits their needs and playing ability.

Coach Whitlow lives in Princeton, NJ with his 8-year-old twins Whit and Hazel. Blue Star Lacrosse is his full-time job, although he admits that Coaching in the spring as a High School Head Coach is a full-time job as well if done correctly.

“Whit and Hazel are cranking up with all of their interests now in 3rd grade. We have soccer, flag football, field hockey, swimming, water polo. They both play some lacrosse right now, but Lacrosse needs to be organic for them, if they gravitate to it, great. I just want them to find and pursue their own passions and support them.”

“We try to spend a lot of time on the beach and in the ocean, outdoors in general. Whit is surfing now, so that’s really special time together. Hazel organizes everything and sticks to a boogie board for now, but she likes to paddle out with me, especially if there are dolphins around. I love the ocean and feel it is a great teacher for strong-willed kids. Grandparents and my roots in Virginia take us south a lot, the North End of Virginia Beach is a special place.” 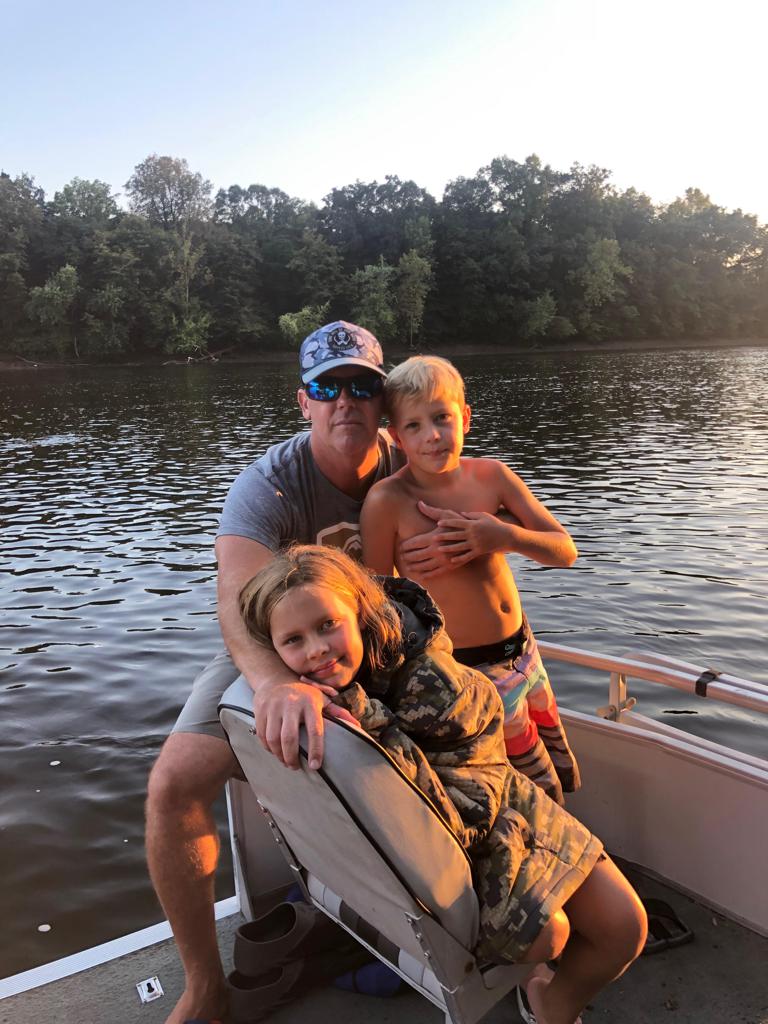 Coach Aslanian's 4 Shooting Drills for Everyone!

4 Drills you can do with just a net and lacrosse balls!

5 Things to Do Everyday You Are Home

Because you are home doesn't mean you stop getting better!

Top 4 Individual Drills and Skills that Defensemen Should Work On

These drills are simple additions to every practice session for any close defenseman or longstick midfielder who wants to become truly elite. They are designed to improve the stick handling abilities of every player, while also developing all the tools needed to be a complete defenseman.

5 Reasons You Should Play Box Lacrosse

The best thing you can do for your game this winter

Top 4 Individual Drills and Skills that Defensemen Should Work On

These drills are simple additions to every practice session for any close defenseman or longstick midfielder who wants to become truly elite. They are designed to improve the stick handling abilities of every player, while also developing all the tools needed to be a complete defenseman.

Find out how Owen honed his competitive spirit growing up 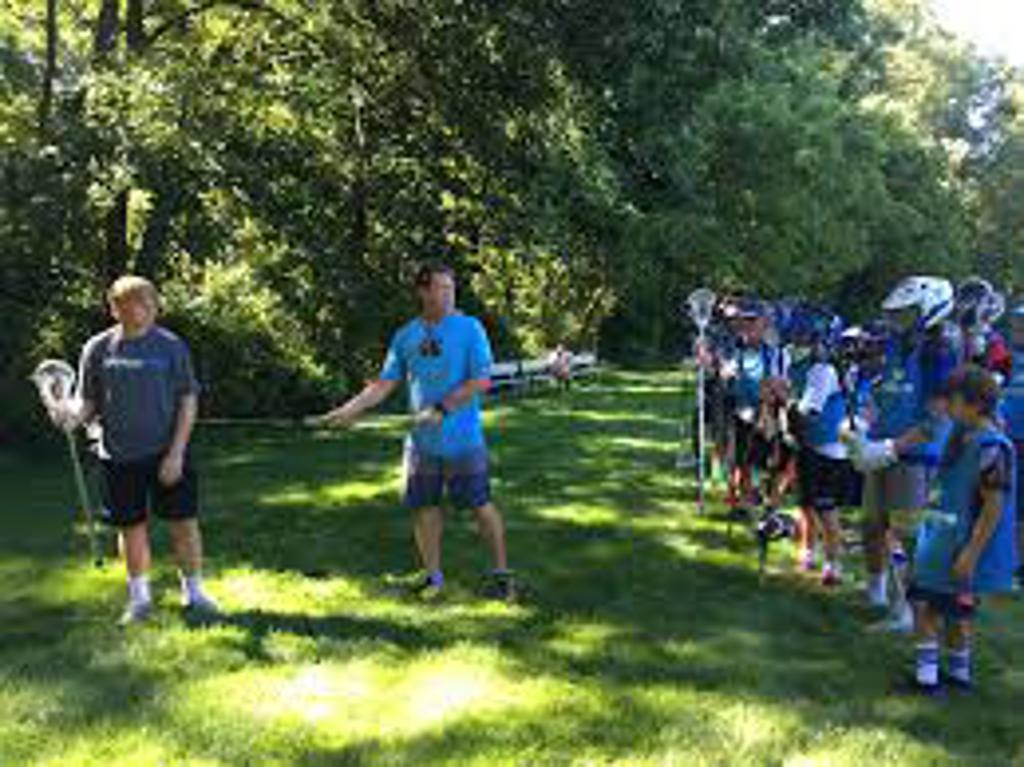